“Whatever your circumstances are and you are given, you need to overcome the odds.”

“Do what you say you’re going to do with regard to commitment. Go beyond the required, we call it the ‘unrequired’.”

“What are you doing when no one is watching? That’s when the great ones succeed.”

“Make everyone around you better. Express gratitude and be humble when success comes, giving credit to others.”

“We all have more to give. The more we give, the more mentally tough we become.”

“Never be satisfied. What you did today pales in comparison to what you can do tomorrow. Keep attacking everyday.”

“Stack good days on top of good days, and I promise you will be pleased with the process.” That has been the message throughout the Chris Klieman era at Kansas State. And let’s just say there have been many good days stacked on top of one another.

Klieman, a proven winner with a championship history, was named the 35th head football coach in Kansas State history on December 10, 2018, and in three seasons he has compiled 20 wins, which are the most in school history by a head coach in their first three years. In addition to the 20 overall wins, Klieman has led the Wildcats to back-to-back victories over Oklahoma – ranked No. 5 2019 and No. 3 in 2020 – kept the Governor’s Cup trophy in Manhattan with three wins over in-state rival KU and has collected 13 Big 12 Conference wins.

Thanks to his 20 wins in Manhattan, Klieman holds a career head coaching record of 92-29 as his 76.0% winning percentage ranks third among current FBS coaches that have led programs for at least nine seasons, trailing only Clemson’s Dabo Swinney (80.6%) and Alabama’s Nick Saban (80.0%).

The latest in the line of victories was a 42-20 win over LSU in the TaxAct Texas Bowl at the end of the 2021 season, as he is the only coach in school history to send two teams to a bowl game in his first three seasons.

The 2021 season started with three straight non-conference wins over Stanford, Southern Illinois and Nevada and a top-25 national ranking. Following three Big 12-opening losses to teams that were ranked in the top 10 at some point in 2021, the Wildcats reeled off four-straight Big 12 wins, which included a come-from-behind road triumph at Texas Tech, home victories over TCU and West Virginia, and the program’s 13th-straight win over in-state rival KU.

Under Klieman’s watch, running back Deuce Vaughn became the 11th Consensus All-American in school history as the sophomore was one of three players in the nation to top 1,000 rushing yards and 400 receiving yards on the year, while he ranked in the top 25 nationally in nine different offensive categories. Vaughn was one of 16 Wildcats that earned All-Big 12 honors from the league’s coaches, which included four first-team members in defensive end Felix Anudike-Uzomah, offensive lineman Cooper Beebe, kick returner Malik Knowles and defensive back Russ Yeast.

Much like his first two years in Manhattan, Klieman’s emphasis of “how you do one thing is how you do everything” translated to the classroom as a school-record 34 players received Academic All-Big 12 honors. Vaughn and wide receiver Landry Weber each picked up CoSIDA Academic All-District accolades, while Weber was also a semifinalist for the William V. Campbell Trophy.

In Klieman’s first year at the helm of the K-State program in 2019, the Wildcats managed to win eight games, finish in a tie for third in the Big 12 after being picked ninth in the preseason, knocked off No. 5 Oklahoma at home for the first time since 1996, won at Mississippi State – the Wildcats’ first win in 11 tries inside an SEC stadium – kept the Governor’s Cup in Manhattan following their 11th-straight win over rival Kansas and quickly got back to bowl eligibility after missing out the year prior. The eight wins by Klieman were the most in school history by a first-year coach and also ranked second nationally among first-year Power 5 head coaches in 2019, trailing only Ohio State’s Ryan Day.

A total of 15 Wildcats earned All-Big 12 recognition in 2019, led by Special Teams Player of the Year Joshua Youngblood, who became the first true freshman in Big 12 history to be named Big 12 player of the year on offense, defense or special teams. His three kick returns for touchdowns led the nation in 2019 and sparked key Big 12 wins over Texas Tech and No. 23 Iowa State.

The Wildcats placed a school-record 32 players on the Academic All-Big 12 teams, including a league-record 26 first-team members. Headlining the list was Adam Holtorf, who was the Big 12 Scholar Athlete of the Year, a First Team Academic All-American and finalist for the Campbell Trophy.

Kansas State jumped out of the gate in Big 12 play in 2020 by winning its first four games, the first time the Wildcats went 4-0 to start conference play in six years and just the sixth time in the 25-year history of the Big 12. One of those victories was at No. 3 Oklahoma, the first road win over a top-five team in school history. The Wildcats were the first team to win two-straight games against the Sooners since 2013 and 2014 (Baylor) and the first to defeat top-five Sooner teams in consecutive years since 2001 and 2002 (Oklahoma State).

However, battling through the COVID-19 pandemic and losing senior starting quarterback Skylar Thompson for the season during the third game of the year, the Wildcats finished at 4-6. K-State was one of just two teams in the nation (Georgia Tech) to start true freshmen at both quarterback and running back in at least seven games in 2020. The running back turned out to be one of the best in the nation as Vaughn was named the True Freshman of the Year by 247Sports, landed on multiple All-America teams and was the Big 12 Offensive Freshman of the Year. Vaughn was one of nine Wildcats to earn All-Big 12 honors. The Wildcats also had another stellar year in the classroom in 2020 as they broke their own record from the year prior for Academic All-Big 12 honors with 33, which included 26 first-team members.

Klieman guided the 2018 Bison to a perfect 15-0 record, just the fifth team in FCS history to go undefeated and untied on the way to a national championship. North Dakota State also claimed that feat in 2013 when Klieman as the defensive coordinator.

A native of Waterloo, Iowa, Klieman is first in NDSU history in winning percentage (.920) and third in victories (69).

Klieman’s accomplishments as the Bison head coach came despite losing 23 seniors and welcoming seven new assistant coaches prior to his first season at the helm in 2014. That year, the Bison went 15-1 and won the national championship before going 13-2 with another national championship in 2015, 12-2 with a semifinal appearance in 2016 and 14-1 with a third national title in 2017.

Of Klieman’s 69 wins at North Dakota State, 39 (56.5 percent) came over ranked opponents, while he had two wins in two tries over FBS competition – a 34-14 victory at Iowa State in his first game at the helm of NDSU and a 23-21 triumph at 11th-ranked Iowa in 2016. His teams were also stellar in protecting home field as evidenced by his 43-3 home record at NDSU, which includes winning each of his last 19 games at the FargoDome.

Klieman was a three-time All-Gateway Conference defensive back at Northern Iowa and four-year letterwinner from 1986 to 1990. He graduated from UNI in 1990 with a bachelor’s degree in health education and a master’s degree in physical education in 1992.

Klieman and his wife, Rhonda, are parents of two sons, Devin and Colby, and one daughter, Haley. 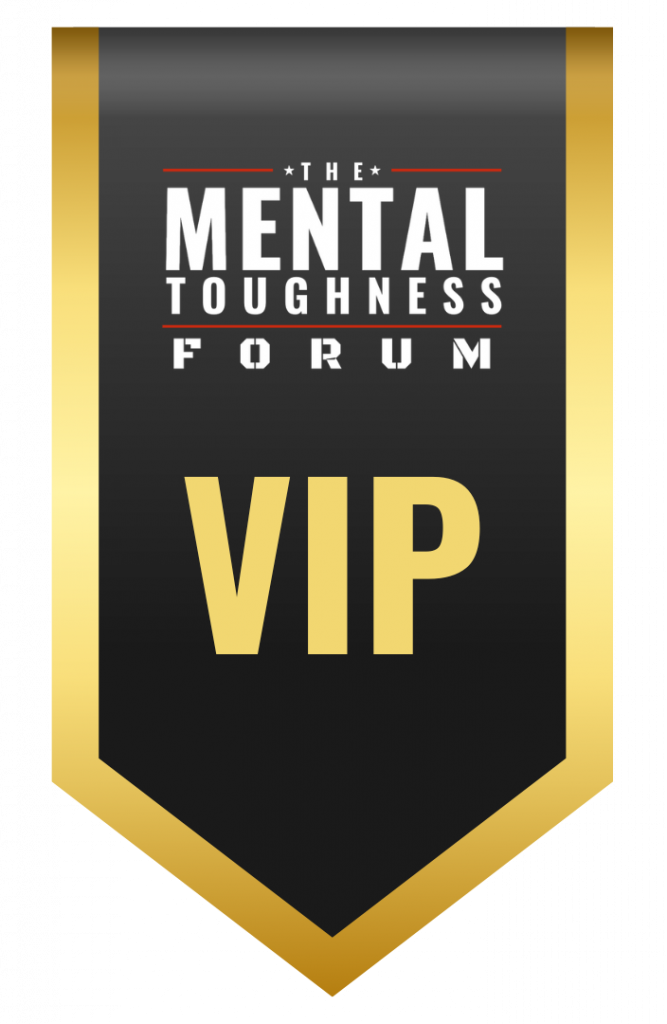 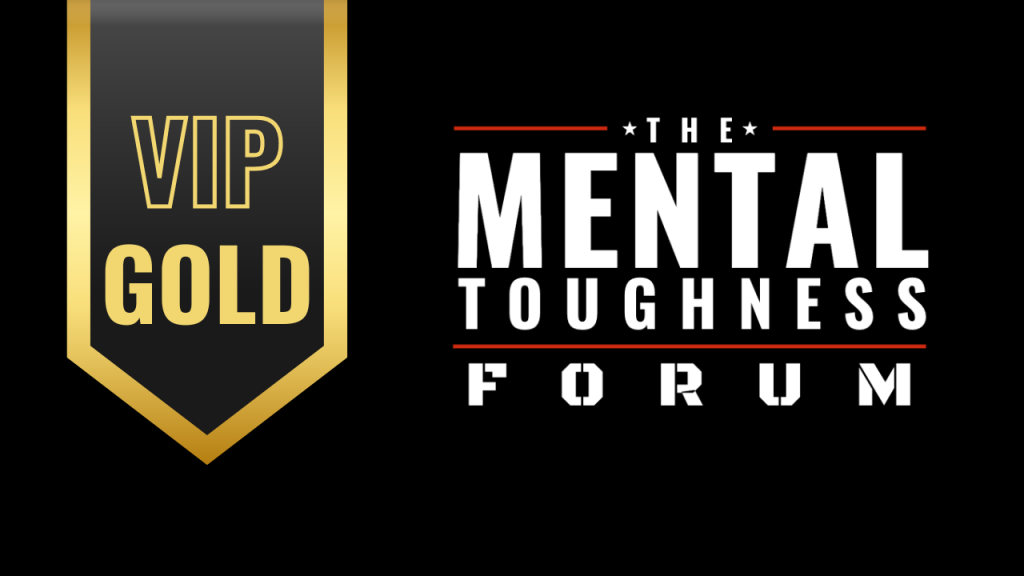 Receive extended replay access to watch and rewatch every speaker from the 2022 Mental Toughness Forum through the end of 2022! 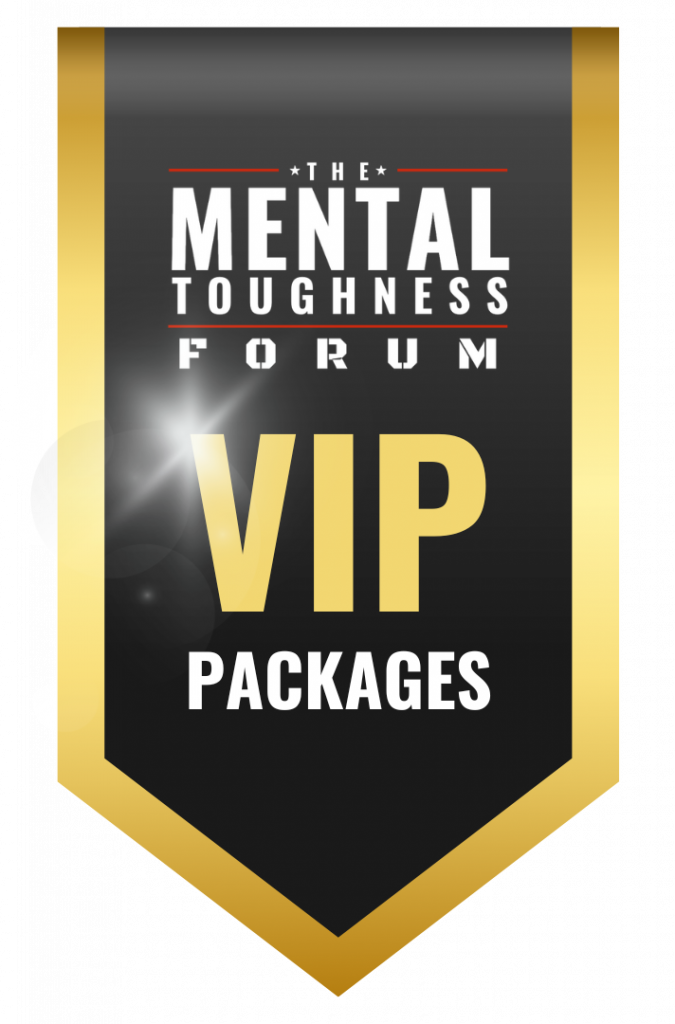 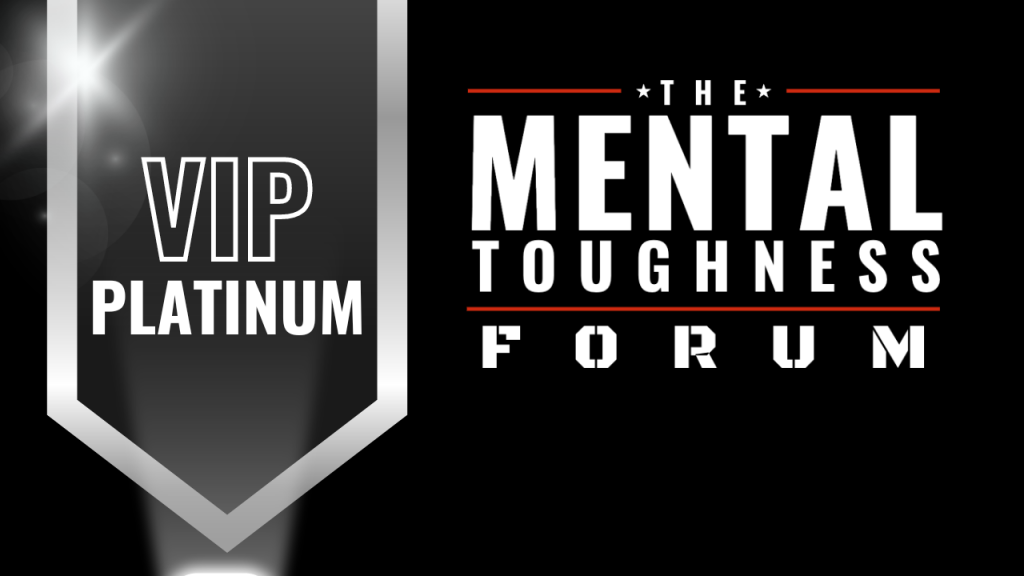 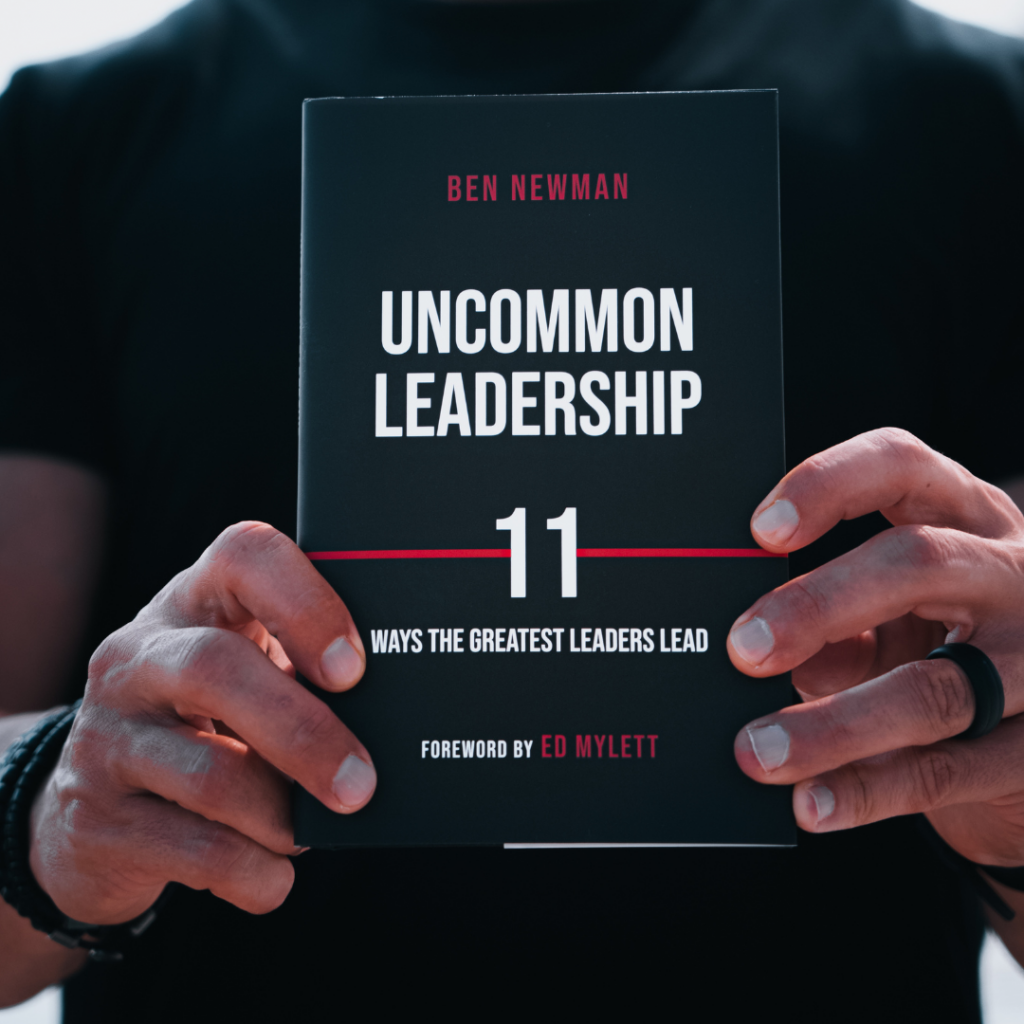 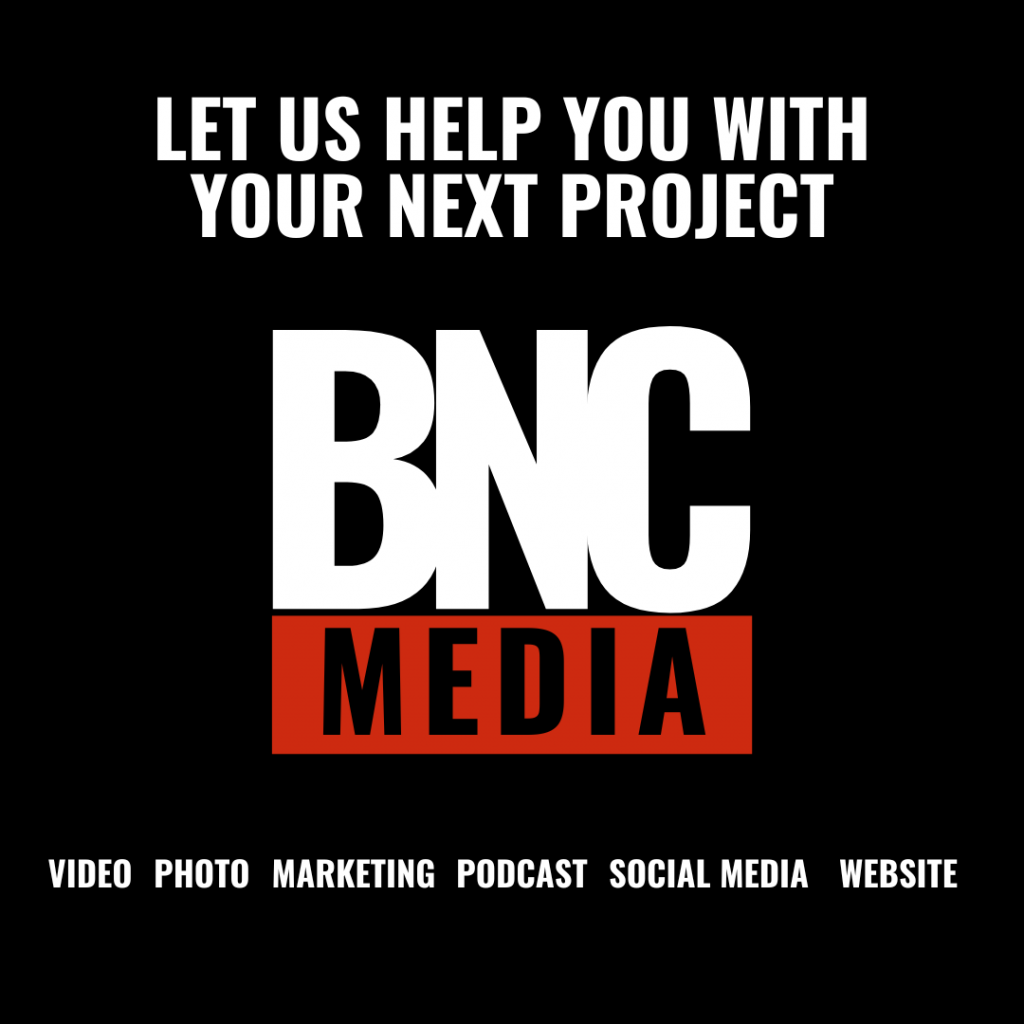 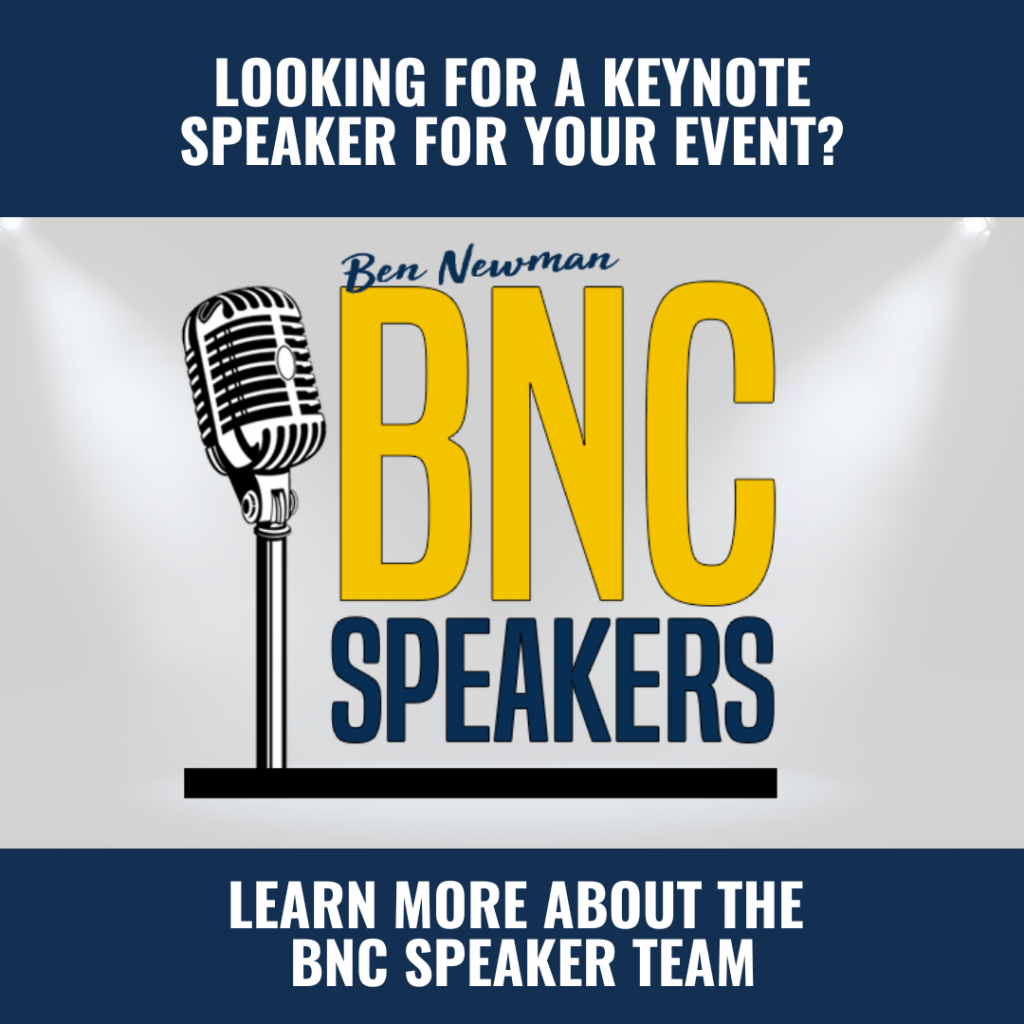 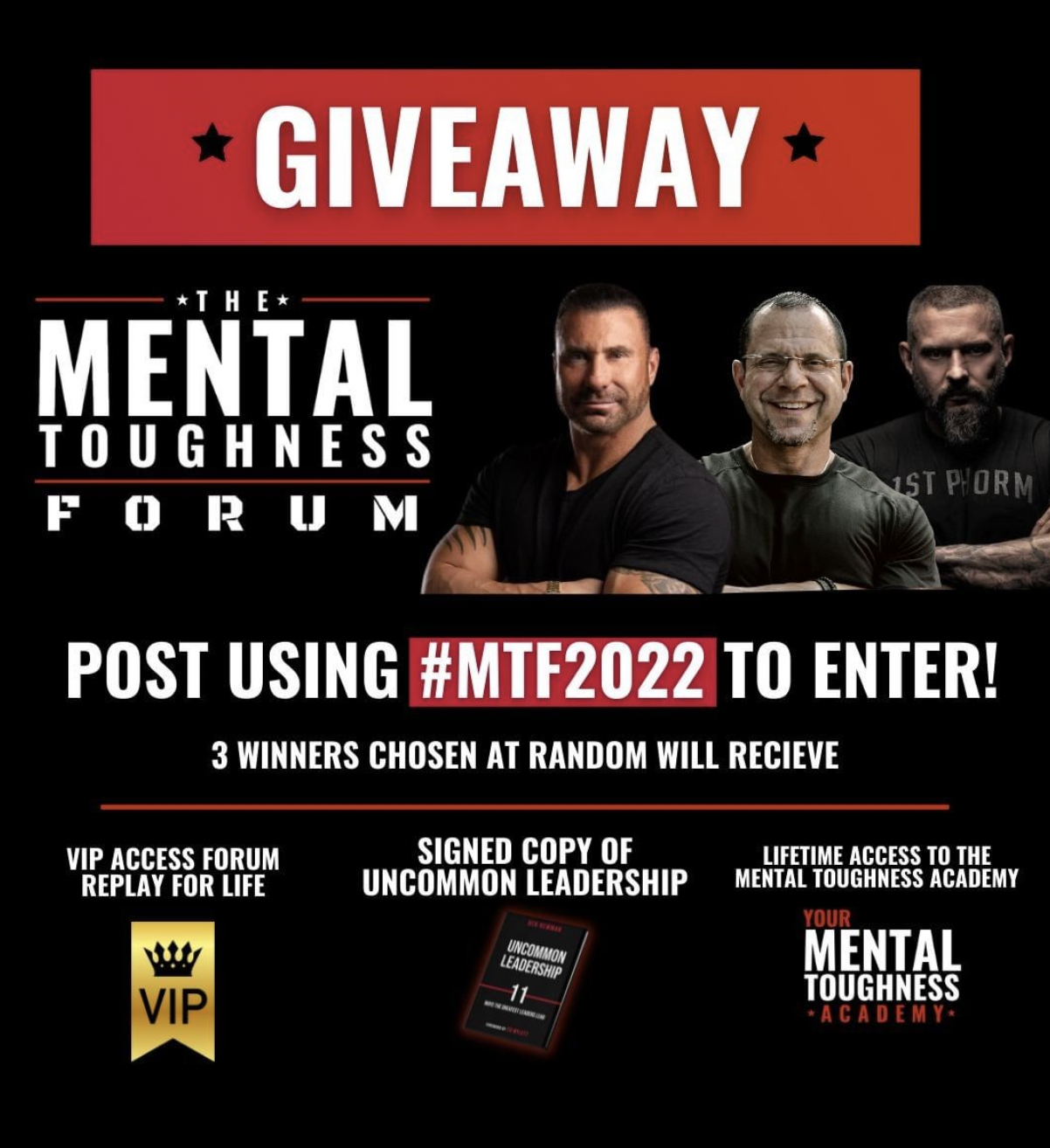 enter now
RETURN TO ALL OTHER SPEAKERS